BEIJING, April 13, 2020 /PRNewswire/ — The 3rd Blancpain-Imaginist Literary Prize themed "Joining the Ranks of Contemporaries" is open for entries from April 10 to May 15, 2020. The winner will be selected by a jury that includes renowned Chinese authors Su Tong, Sun Ganlu, Xi Chuan and Yang Zhao as well as famed Chinese musician Zhang Yadong. Entries can be submitted by a publisher or publishing organization of any kind as well as directly by the author. The grand winner will be announced at the award ceremony to be held in late October. The Blancpain-Imaginist Literary Prize was formally launched in 2018 by Blancpain, the fine watchmaking brand from Switzerland, and The Imaginist, one of the most influential publishing brands in China. The Blancpain-Imaginist Literary Prize, the first of its kind, aims to discover and encourage excellent Chinese authors under the age of 45. The literary prize includes a cash award of 300,000 yuan (approx. US$43,675). The Prize, jointly set up by a well-known business brand and a publisher, has been committed to being impartial, authoritative and professional since its establishment. 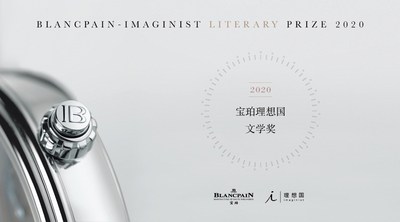 Bringing new judges and a new theme on board each year has become a highlight of the Blancpain-Imaginist Literary Prize. The theme is not only a topic connecting different generations of authors, but also serves as a bridge for building the spirit of intercommunity and contemporaneity among young authors from the latest up and coming generation. This year’s event is held with the theme of Joining the Ranks of Contemporaries following the 2018 edition themed No Regrets About Early Works and the 2019 edition themed The Passion of Reconstructing World Prospects.

This year started under the most extraordinary of circumstances, obliging us to observe, examine and think about things from the perspective of the human community. In these times of drastic and uncertain change, the younger generation has the strongest and most vivid perception of survival. The era that was referred to as the "tiny times", something the authors of the era either claimed as their own, or talked about in a self-deprecating manner, is now clearly over. Today everyone has embraced what is being called the "great times" – as, as result, the question becomes, how should we characterize it and how do we face the challenges that it engenders?

We must become contemporary authors. This forces us to confront and answer questions such as "What is it that defines us as living in the same era?" It serves to give a whole new meaning to literature.

"He is on the side of man, for lack of anything better."- Czesław Miłosz

"The infinite distance, countless people, are related to me." – Lu Xun

"The earth remains our first and our last love." – Albert Camus

As for their expectations in terms of this year’s award, one of the judges said: "We aim to discover and encourage geniuses who look at life through their own lens in a move to inject new vitality into the world of literature."

Judges of the 2020 Blancpain-Imaginist Literary Prize (in alphabetical order)

An author. His books include Opium Family, Raise the Red Lantern (a.k.a. Wives and Concubines), Rice, Pu sa man, My Life as an Emperor, North Side Story and Yellowbird Story.

– "A genius is often young, so is a talented writer. A quote from Ludwig Wittgenstein says ‘There is no more light in a genius than in any other honest man – but he has a particular kind of lens to concentrate this light into a burning point.’ We aim to discover geniuses with such a lens as a way of re-energizing the world of literature."

An author. He is head of the creative writing research institute at East China Normal University, president and editor-in-chief of Si Nan Literary Journal, head of the planning team for Shanghai International Literary Week and leader of the Si Nan Reading Club. His books include Breathing, A Visit to Dreamland and Remembering the Qin Maid.

– "The Blancpain-Imaginist Literary Prize focuses on excellent Chinese authors under the age of 45. In my opinion, the prize aims to encourage young and promising authors whose works already feature or create their own new writing elements. In addition, authors who have not yet reached the age of 45 are quite capable of creating outstanding works, which reflect both the spiritual life of and the subtleties of literary thought in their eras. Therefore, this is an award not only looking at the future of the literary form, but also one that shows a deep concern for people in real life. "

A poet, prosaist/essayist and translator. He has published over 20 books, including collections of poems, prose and essays, as well as commentaries, translations and compilations.

– "Some writers have a critical attitude toward society, life, history, language and culture, while some ignore these subjects and just write about their own furniture, pillows, families, windows or the four seasons. However, good writers free themselves from the stereotypes and explore new values in their works. The worlds of mediocre people are almost the same. People who engage in literature and art must stand out from the average community as the creativity will be destroyed as long as what someone is doing is deemed average for the era."

A writer, literary critic and author of over 40 different types of books, including novels A Dark Alley on an Enchanting Night, The Lost Poem, The Story Illuminates Future: Lead to 100 Ideas of Opening the Society, Reading Method of The Records of the Grand Historian, as well as essays, collections of commentaries and a series of modern interpretations of classic works.

– "When someone meets literature on the path to growth, it is equivalent to opening up unlimited possibilities and being able to imagine different kinds of experiences, touching moments and perspectives on life. Literary creation requires someone to look beyond the reality to create different experiences, touching moments and perspectives for readers. Excellent literary works not only allow creators to have a deeper understanding of the world and live a meaningful life through their works, but also inspire readers to do the same by reading them."

A musician, crossover artist and leading Chinese pop music producer. He has produced albums for many of China’s most well-known singers and artists and currently serves as music director at Taihe Music Group.

– "I look forward to meeting young writers in this way. I hope to create even more wonderful works of music after reading what they have put into words."

Rules of entry for the Blancpain-Imaginist Literary Prize 2020

Qualified applicants for the Blancpain-Imaginist Literary Prize are authors under the age of 45 who have published works in Simplified Chinese. Finalists will each receive cash prizes with the grand winner granted the sum of 300,000 yuan (approx. US$43,675) for the specific purpose of giving the recipient the time and space to focus on his or her writing. Entries can be novels of all themes, including pure literature, crime novels, detective stories and science fiction. Entries can be submitted by an author, a publisher or any kind of publishing organization. Publishers/publishing organizations can submit up to two works, one for each of two authors that they represent, while the author can submit one of his or her own works.

Entries must be works published between May 1, 2019 and April 30, 2020. The deadline for submission is May 15. On August 1, the review committee will release a shortlist of entries, consisting of two to three nominations from each member of the committee. On September 15, the committee will vote in such a way as to determine a final list of 5 candidates. The final winner (one) will be announced at the award ceremony to be held in middle or late October.

To learn more about the selection method and updates on the prize, please visit the official website at http://www.ilixiangguo.com/literary.html or follow the Chinese-language hashtag for the Blancpain-Imaginist Literary Prize on Sina Weibo.

About the Blancpain-Imaginist Literary Prize

Engagement of the members of the latest generation just entering adulthood is always a key indicator that determines the future of the world of literature. In the field of literary creation, talented young authors are always seeking an opportunity, while publishing platforms are looking for potential authors, and, at the same time, seek to attract more attention and garner more engagement. Many contemporary classical authors were discovered and recognized in their youth, as literary awards specifically designated for up and coming authors were available to them. For example, Naipaul, Coetzee and new Nobel Prize in Literature winner Kazuo Ishiguro all won the Man Booker Prize in their youth, and went on to earn the Nobel Prize in Literature at a later stage in their writing careers. Renowned Japanese authors, among them, Shusaku Endo, Kenzaburo Oe and Ryu Murakami, were each recipients of the Akutagawa Prize in their youth. In today’s world, literary creation is a lonely and long road for young authors. The literary prize is designed to create a future that gives authors the space to focus on the creation of their works just as calligraphers are given the space and time to practice their craft.

Imaginist, the most influential publisher in China, has been dedicated to discovering the best authors who write in Chinese, offering an opportunity for thoughtful words to be published, while imagining another possibility for books. Works by Muxin, Bai Xianyong, Xixi, Zhang Dachun, among others, have become even more valuable with the passage of time, nourishing the emotional life for generations of readers. Imaginist has, for a long time, been focused on publishing both the literary classics alongside the works of some of the most dynamic and thoughtful young authors who care about the human condition through the diverse collection of works that they have created with their open-minded insights.

Founded in 1735, Blancpain, the fine watchmaking brand from Switzerland, can pride itself in a long history going back 285 years. This creator of classic timepieces understands that the keepers of time that it creates are devices that go well beyond the material and physical, and that they speak to the faith, the feeling for aesthetics and the humanity that resides in each and every one of us. When one talks about the act of creation, it means the perseverance that must be maintained over an extended period of time, while bringing together the inspiration, skills, devotion and patience to create the structure, details and theme for each watch, which often calls for endless iterations of design while rethinking new ones to deliver true excellence in quality. Such an approach is very much in line with the essence that led to the creation of our literary classics. Literature is the extension of time. Blancpain, hand-in-hand with Imaginist, represent the literature penned by members of today’s youngest generation who love literary creation and remain committed to making their contribution. 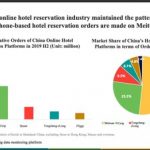 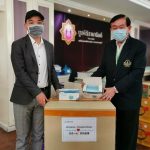