#SolidPerformance: Angelica Hale Wows Judges Again with Her Rendition of “Impossible” at America’s Got Talent: the Champions

Angelica Hale once again showed her singing prowess when she sang ‘Impossible’ at America’s Got Talent: The Champions finals. She is a young singer aged 11 who was the second runner up in America’s Got Talent season 12. The singer impressed the judges again when she belted her own rendition of the song earning her two Golden Buzzers; a first for the contest. Howie Mandel exclaimed that Hale is ‘living up’ to her name even saying she’s ‘wonderful.’ Howie Mandel isn’t the only one she impressed. During her first stint at the 12th season of America’s Got Talent, she wowed Chris Hardwick when she performed ‘Girl on Fire’ by Alicia Keys where she got her first Golden Buzzer.

Aside from being a contestant from the popular show, Hale is also a voice-over artist and an actress. It was in 2018 when she made her first feature film for “American Reject”. She also did the voice-over as a lead character in “Maya Unstoppable.” She performed at the Macy’s Thanksgiving Day Parade and Commemoration Day for Dr. Martin Luther King. She also sang for the Pittsburgh Steelers and Atlanta Falcons of NFL, Atlanta Braves, US Open, and NHL Ottawa Senators.

The 11-year old is living proof of miracles. She had a life-threatening disease by the age of 4 that she had to battle sepsis and multiple organ failure. After experiencing these things, she had to get hemodialysis for a year and a half and stayed at the hospital for 80 days. That wasn’t all, after the hemodialysis sessions, she had to get a kidney transplant which was a success. This didn’t stop her though. She is a kid ambassador for the National Kidney Foundation. She is also a celebrity advocate for Sepsis Alliance and Children’s Miracle Network Hospitals. This proves that she is meant to conquer the world! 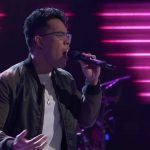 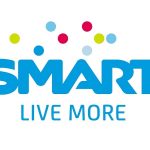