SYDNEY, May 12, 2020 /PRNewswire/ — Bigo Live, a global leading live streaming platform, today announced the ‘Global BIGOer One World Together‘ fundraising campaign in support of healthcare workers and vulnerable communities affected by COVID-19. The ‘Global BIGOer One World Together’ campaign brings together a cast of talented singers and musicians from around the world who will broadcast on Bigo Live app, with proceeds going to the World Health Organisation (WHO)’s Solidarity Response Fund. 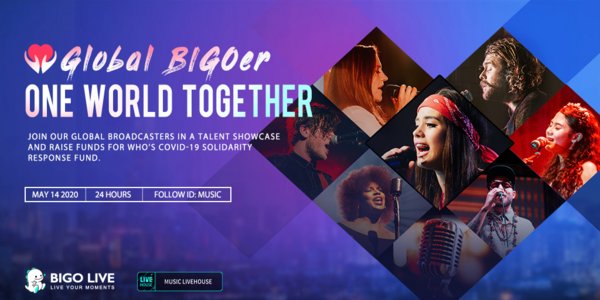 Mike Ong, Vice President of BIGO Technology said "The ‘Global BIGOer One World Together’ fundraiser aims to rally and unite the community as one through the power of music. As a global platform that connects and brings people together, the campaign is aimed at fostering solidarity on a global scale for a very important cause. In collaboration with Bigo Live broadcasters, we hope to bring the community together to lend our support to frontline healthcare professionals and communities most in need during the COVID-19 pandemic."

A music video showcasing solidarity was put together by over 100 broadcasters from over 20 countries performing a cover of the Michael Jackson hit "We Are The World". It will be released on 12 May 2020 across all Bigo Live social media channels.

The main event is a 24-hour music livehouse on Bigo Live that will take place on 14 May 2020, starting at 2:00am, Sydney time. The music livehouse – a single ‘room’ on Bigo Live that will host the performances – will showcase global broadcasters from around the world streaming right from their own homes or studios. Viewers will be able to engage and chat with the broadcasters as well as the community using the various features on the app. Viewers are encouraged to donate generously towards the fundraising efforts via the Bigo Live app.

Since the start of the outbreak, Bigo Live has launched a series of curated content by broadcasters around the world to bring comfort and happiness during these trying times. This included a #STAYATBIGO campaign which had sharing sessions with healthcare professionals, performances by local music DJs and workouts by fitness enthusiasts to help local communities stay fit and healthy at home. They have also been the first to bring cloud clubbing as a form of entertainment to communities in Southeast Asia, Australia and New Zealand.

"The fight against COVID-19 is a long and arduous one. As with previous campaigns over the past few months, we hope that the Global BIGOer One World Together campaign will help bring people together and show our solidarity towards frontline professionals, while also being able to spread some joy and cheer," Mike added.

To join ‘Global BIGOer One World Together’ live stream, search for the Bigo ID: "music" in the app. 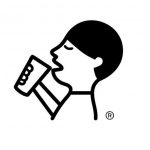 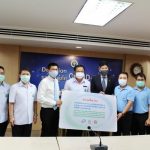