Jeyrick ‘Carrot Man’ Sigmaton is now a member of an all-male group, FABZ4. Aside from Jeyrick, other members include Jeffer Kim, Yuan Quiblat, and Patrick Villanueva.

Each member represents one of the major regions in the country; NCR, Luzon, Visayas, and Mindanao. The group of four boys is set to take the country by storm.

Jeyrick ‘Carrot Man’ Sigmaton is a dropout from Mountain Province. He became famous when a certain Edwina T. Bandong who owns a coffee shop in Session Road took pictures of him.

She was going to Sagada one day when she saw Jeyrick harvesting carrots. They have a farm in Monamon Sur, Bauko, Mountain Province and that was where she saw him and took the photos.

She uploaded those photos which became viral because of ‘Carrot Man’s’ good looks. The photos included a sweaty Jeyrick amidst the fog and carrying a basket full of carrots.

He was also photographed by Bandong wearing a gray sweatshirt. She was the first one to call him ‘Carrot Man’ and she is also managing two of the ten Facebook pages of Jeyrick.

He became an instant celebrity in the entire Philippines and was even invited to many events here and there. But the fascination of people about him has subsided fast.

Some still remember him and ask where he is now. In mid-2018, he went on an interview by a big network in the country.

He said that at first, he attended many invitations but because he didn’t have a handler, his popularity waned until his name became vague to the public.

Today, however, is a new day for him as reports say that he is now part of a boy group. With perseverance and patience, he might just be as popular as before.

This time, he may have more luck to maintain his popularity along with his boy group members. 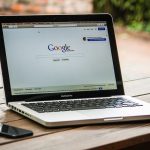 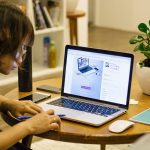