Hunting is adapted from a great deal of prototypes. It demonstrates a case of stock price manipulation by a listed company, in which senior bank officials and relevant officials also took part. When the suspects abscond overseas, the Chinese police and police of various countries are committed to fighting against economic crimes jointly. Some suspects hiding in foreign countries are constantly facing the nightmare of being hunted down by local police and immigration authorities, thus bearing a huge psychological burden. While others continue to engage in various kinds of criminal activities even abroad, and definitely, have been severely punished eventually.

The title of this TV series — Hunting — comes from a special operation called "Fox Hunting" launched by the Chinese police in 2014, which aims to chase and persuade economic criminals all over the world. As lots of Southeast Asia countries are also facing the plight of rampant economic crimes, such stories are attractive not only to the Chinese community, but also to the local residents. The broadcast of Hunting in Southeast Asian countries is undoubtedly an important deterrent to those suspects absconding overseas, and will also urge them to surrender and accept the legal sanctions. 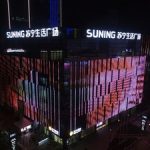 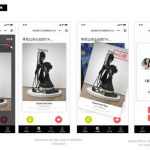