MANILA, Philippines – The Araneta Center Grounds in Cubao, Quezon City was once again turned into a wonderland of Filipina Beauties as the 40 official 2019 Binibining Pilipinas delegates roam around the area for the much-awaited 2019 Parade of Beauties.

Thousands of spectators and Pageant fans enjoyed watching the parade. The delegates are all a hibiscus print summer wear designed by Domz Ramos and carnival inspired floral headdresses. The reigning Binibining Pilipinas queens were also present except for Catriona Gray who is currently in New York.

The past few weeks was quite exciting for the delegates as some of them visited the offices and headquarters of some of the Major and Minor sponsors.

Here is a glimpse of what happened during the 2019 Parade of Beauties:

The parade started at Novotel Manila Araneta Center and went through various streets around Araneta Center. The next major event would be a fashion show on May 29 at the historic New Frontier Theater then the most awaited coronation night on June 9 at the Smart Araneta Coliseum.

Who do you think will be our  Binibining Pilipinas 2019 queens? 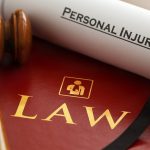 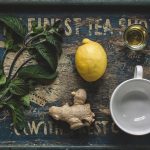