BEIJING, April 23, 2020 /PRNewswire/ — iQIYI, Inc. (NASDAQ: IQ) ("iQIYI" or the "Company"), an innovative market-leading online entertainment service in China, has launched a new interactive section on the international version of the iQIYI App for its hit original variety show Youth With You Season 2 (the "Show"). The section, called "International Popularity Ranking", allows overseas users to support their favorite contestants to rank higher in popularity through the awarding of "likes". Normal users are given three "likes" to award, whereas VIP members are given twice as much to use. 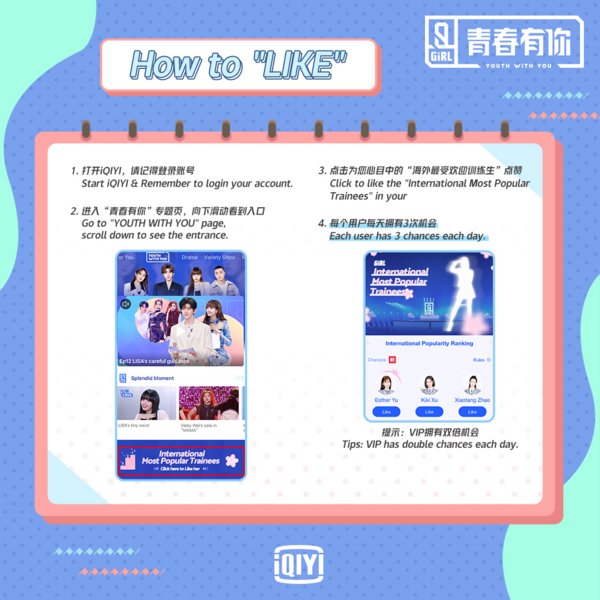 Youth With You Season 2 has been followed and loved by global users since its launch on the international version of the iQIYI App in March. The Show has been the top Twitter trending topic worldwide, while having topped various Southeast Asia countries multiple times.

To promote Youth With You Season 2, iQIYI has been leveraging overseas marketing channels, collaborating with Malaysian strategic partner Astro and engaging with global users by conducting various activities, such as overseas Q&A sessions and viewers’ selection and engagement for the Show’s cloud recording. These initiatives have enhanced the interactive viewing experience for overseas audiences and garnered tremendous engagement and enthusiasm among viewers in countries such as Malaysia, the Philippines, Indonesia, Vietnam, the US and Brazil. Youth With You Season 2 is available with subtitles in eight languages, including Chinese, English, Thai, Vietnamese, Bahasa Indonesia, Bahasa Malaysia, Spanish and Korean. In addition, the post-production and translation of the Show are simultaneously broadcast in English and Thai for the first time, providing localized viewing experiences for global audiences. 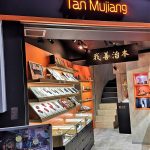