BEIJING, May 14, 2020 /PRNewswire/ — iQIYI Inc. (NASDAQ: IQ) ("iQIYI" or the "Company"), an innovative market-leading online entertainment service in China, today announced that it has launched a virtual tour (the "Tour") of  Mt. Everest via its QIYU all-in-one VR headset in partnership with Xinhua News Agency, one of the most influential media organizations in China.

iQIYI, as the official VR partner of Xinhua News Agency in its live coverage of the 2020 Mt. Everest Elevation Survey, will live stream the event in 4K high definition through VR using 5G technology on the QIYU all-in-one VR headset. This year marks the 60th anniversary of the first successful summit of the world’s tallest mountain from the north face and the 45th anniversary of China’s first survey of Mt. Everest’s elevation and publication of its new height reading. In terms of elevation, the Tour represents China’s highest VR livestream to date.

iQIYI also ensures the smoothness and quality of livestreams through its leading EPASS360 panoramic video streaming media system based on AI technology, which optimizes the bit rate according to different user experience settings and better allocates the bit rate based on the accurate monitoring and analysis of the streaming process. On March 2020, iQIYI together with Peking University and Microsoft Research, jointly published a paper titled EPASS360: QoE-aware 360-degree Video Streaming over Mobile Devices. The paper was accepted by IEEE Transactions on Mobile Computing (TMC), a top international journal in the field of Mobile Computing.

Since 2017, iQIYI has been developing its VR and AR capabilities in the areas of hardware, technology, and content. Chongqing iQIYI Intelligence Technology Co., Ltd. ("iQIYI Intelligence"), which is incubated and operated by iQIYI, has released QIYU all-in-one VR headsets, and completed a RMB100 million Series A financing in November 2019. iQIYI Intelligence has also developed iQIYI Ultimate Theater (iQUT) and VR 8K panoramic live streaming solutions. According to the latest available data from the Chinese spring festival period in 2020, the average daily viewing time of iQIYI QIYU VR users increased by more than 50% compared with the same period last year.

iQIYI has also explored various opportunities to commercialize its VR capabilities and expand the ecosystem. For example, the Company has worked with hotels on the placement of iQIYI VR products in hotel rooms, while also having been featured in events including Beijing International Film Festival and Cannes Film Festival and curating the LANVIN VR runway show. 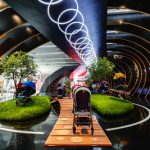 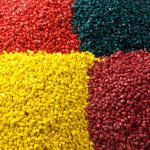