Lake Uncovered 3,400M High In the Alps and it’s an Alarming Sign Of Climate Change according to experts.

Quite a few people across the globe are alarmed on the effects of global warming. In fact, many scientists worry about the significant impact the phenomenon could bring in the long run.

Just recently, a video has gone viral on the social media showing off a lake that has been formed at an altitude of 3,400 meters or 11,100 feet in the Mount Blanc mountain range.

Bryan Mestre has discovered the said lake in the mountain range. He thinks this sight is a very unusual one and it seems that it is a worrying sign of the effects of climate change.

Not so long ago, a lot of experts have warned people across Europe that heatwaves have become increasingly frequent. And, these intense temperatures, according to scientists, could be linked to climate change.

“Time to sound the alarm… The problem here? These two pictures were taken only 10 days apart,” said Mestre in a statement shared by 9GAG. “It was taken earlier on June 28th, the second one was shared by Paul Todhunter.”

He went on saying that only 10 days of unusual, extreme heat could have caused the melting and collapsing of snow, thus forming a lake at the base of the Aiguilles Marbrées and the Dent du Géant.

He further said he believes this is the first time this thing has ever happened in this part of the globe.

This, he added, is very alarming. He is also worried that glaciers across the globe are currently melting very quickly.

In fact, according to him, usually, when they stay for a day at this altitude, their water bottles become frozen.

News would also tell that heatwaves have struck Southern Europe and the Alps and that temperature range from 40 to 50 degrees.

So, what do you think about this news? Are you also worried about the effects of climate change? Let us know what you think. 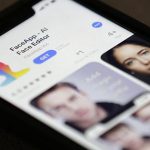 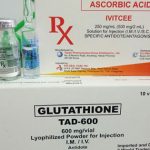