Madonna has released a new music video for her song “I Rise” which came from her 14th album Madame X. It featured different clips of people who survived natural disasters and included different protests movement, including the Philippines’ movement for press freedom and Rappler’s own Maria Ressa.

Madonna Louise Ciccone, or most commonly known as Madonna, is an American singer, songwriter, and actress. She has been called the “Queen of Pop” since the 1980’s and has since been writing songs and performing on stage.

She would keep reinventing herself, showing off different styles through her songs, music videos, and even her image.

Her latest album, Madame X, is her fourteenth album and was released on June 14, 2019. To help promote its release, she had released one of the songs entitled “I Rise” back in May 3, 2019.

On June 19, 2019, the music video for “I Rise” was released. Madonna partnered with Time Studios and the video itself was directed by Peter Matkiwsky. The video delivered message of rising above all the hardships that one is experiencing.

The song starts with parts of a speech made by Emma Gonzalez, a survivor of the Stoneman Douglas High School shooting and a strong advocate for gun control.

Some clips showed how people were affected by natural disasters and first responders were there giving immediate help. Other clips also showed protests that included Emma Gonzalez and marches for the LGBTQ community.

What could catch anyone’s attention is that for only a few seconds, there were clips showing the “Defend Press Freedom” movement in the Philippines, and Rappler’s Maria Ressa was shown twice in it. She’ll be seen at the 1:32 and 2:50 mark in the video.

Maria Ressa is a Filipino-American journalist who co-founded Rappler. She was included in Time Magazine’s Person of the Year 2018 for her fight against “fake news.” On February 13, 2019, she was arrested by the National Bureau of Investigation for a cyber libel case that came from a story that they published back in 2014.

This has sparked a huge protest as it was believed that the arrest was politically motivated. She has since posted bail and is waiting further judgment regarding the said case

Madonna’s song does invoke a sense of encouragement and we hope that people can “rise up” and survive. 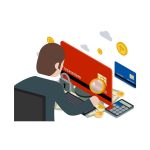 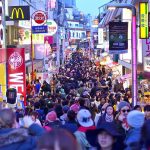