BEIJING, April 2, 2020 /PRNewswire/ — For viewers that keep up with the latest COVID-19 news, Dr Gauden Galea, WHO Representative to China, appears to be fielding questions on an unlikely platform: Kuaishou, a popular short-video social networking platform. 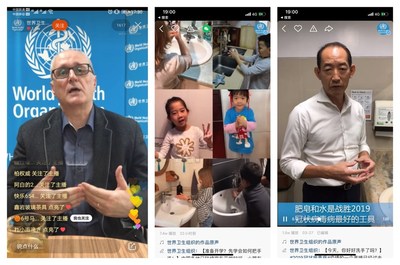 WHO engages with users on Kuaishou through livestreams and short videos.

On an hour-long livestream on Kuaishou held today, Dr Galea addressed multiple topics ranging from discussing the international situation, to mental health and personal responsibility to dispelling common myths, urging Chinese viewers to continue to keep vigilant. Dr Galea emphasized, "Each business and individual needs to develop their own safe travel policies. WHO has its own channel here on Kuaishou, which has a set of resources, infographics and information that you can access, in order to know how you can reduce the risk."

Increasingly, it is not uncommon to find official news platforms and authorities having accounts on social media and specifically short video platforms like Kuaishou. In fact, Kuaishou has hosted a number of the popular ‘livestream + short videos’ formats, reaching up to millions of viewers directly on their devices. Health authorities such as the Chinese National Health Commission and numerous influential public health experts have used Kuaishou to spread the important messages of hygiene and quarantine repeatedly, thereby acknowledging the power of these platforms and mediums in mass communications.

Short video platforms are used for more than just spreading the message. Dr Galea’s  livestream follows another two virus-fighting campaigns on Kuaishou, a ‘#SafeHandsChallenge‘ competition and a ‘#SafeWorkplace‘ campaign. The ‘Safe Hands Challenge‘ kicked off on March 27 and has drawn 50 million views and the participation of users across China within the week.

In addition to spreading the message, short videos and livestreams also are powerful tools to connect with people. At the end of his livestream, Dr Galea lauded his Chinese viewers unreservedly. "This is a record of achievement that every Chinese should be proud of, because every Chinese has contributed to this. The healthcare workers on the frontline, the people of Wuhan, but also everyone who stayed, even for a few days, in their own home, cutting and breaking the chains of transmission. This has been a national effort," adding that many other countries can learn from this to combat the pandemic.

Launched in 2011, Kuaishou provides the world’s leading video-sharing social networking service, boasting more than 300 million daily active users. Users use a full array of resources to create and share videos with friends and their communities through posts, likes and comments. 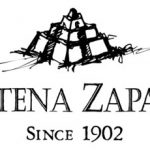