Festival organizers announce the six entries chosen to compete in this year’s #QCShorts competition. Each film will receive a production grant worth P350,000 with ownership of film rights. These films will premiere in this year’s QCinema that is set for the last quarter of this year.

QCinema Festival Director Ed Lejano says “It has been a series of pivots in these trying times where festivals all over have been hit hard & struggling to present new works. This year, we are bringing back one of our audience’s favorites, our QCShorts competition, for them to look forward to this year, whether it will be theatrical or streaming. “

Out of hundreds of entries, QCinema has chosen to award six grants to a promising batch of filmmakers in a line-up that’s edgy and diverse.

The winning entries are Skylab by Chuck Escasa; Ampangabagat Nin Talakba Ha Likol by Maria Estela Paiso; i get so sad sometimes by Trishtan Perez; MIGHTY ROBO V by Miko Livelo and Mihk Vergara; Henry by Kaj Palanca; and City of Flowers by Xeph Suarez.

Skylab by Chuck Escasa is about two troubled boys, a satellite falling to the earth, and dark forces threatening the world.

Ampangabagat Nin Talakba Ha Likol tells the story of Maya who is forced to go home to Zambales and confront a house that terrorizes her as frogs rain outside.

i get so sad sometimes is about a gay teenager eagerly waiting for a mature man to finally reveal his face after developing an anonymous sexual relationship with him online.

Henry is about a teenager longing for another life when he visits a mansion’s construction site to seek compensation for his older brother’s work injury.

City of Flowers is set in 2013, when the City of Zamboanga is celebrating the Feast of the Nativity of Mary, just before the Zamboanga siege.  It tells the story of a pregnant couple trying to survive a drought wreaking havoc on their flower farm and raising enough money for the childbirth.

More details about the festival and the #QCShorts competition will be released soon. Information is also available at facebook.com/QCinemaPH or qcinema.ph. 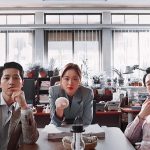 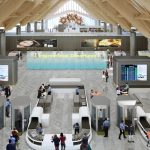