Hot on the heels of battling the deadly coronavirus disease, COVID-19, PH4 patient has come out to share to netizens his personal experiences on how he successfully hurdled the challenges brought about by the disease.

Carlo Llanes Navarro pushed out a status on his Facebook account that talks about how he has overcome COVID-19.

Navarro said he was the fourth confirmed case in the Philippines. He was also among the first patients that have recovered from the said disease.

PH4 describes the whole battle as an absolute nightmare.

Where did he get it?

He shares that his family came from Japan which during the time had no strict rules yet with regard to travelling. He suspected that he probably got the disease in an airplane while travelling back to the Philippines.

During the time, he encountered an old man near him who was coughing frequently.

“Behind me was a Filipino man coughing vigorously,” says Navarro. “Nothing could be done and we sat in that plane for more than 4 hours. We had our masks on the whole time. We suspect this is where I picked-up the virus.”

This employee in Deloitte at Bonifacio Global City in Taguig City says that he experienced a slew of the symptoms around seven days after their travel. Some symptoms include chills and fever. After that, he was confined at Saint Luke’s Global City. He was then moved to the Research Institute for Tropical Medicine (RITM) in Muntinlupa City.

“Days before symptoms appeared, I did not report to work,” he says. “That night of March 3, I decided to play it safe and that I be immediately tested. St. Luke’s hospital did not see the need to test me.”

He adds that the hospital said his symptoms were mild. However, he insisted to get tested.

He says his entire household got tested. All tested negative, fortunately.

Apart from the said symptoms, he also experienced psychological effects, which he says made the entire battle “difficult.”

He was vomiting endlessly and experienced diarrhea, perhaps because of stress.

He was discharged on the 15th day of the ordeal. 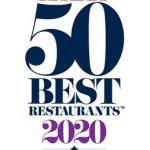 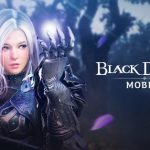