FAIRFAX, Va., April 1, 2020 /PRNewswire/ — The Stevie® Awards, organizer of the world’s premier business awards programs, announced that they are revising the entire schedule for the 2020 (seventh annual) Asia-Pacific Stevie Awards because of the ongoing COVID-19 pandemic.

Entries for the 2020 (7th annual) Asia-Pacific Stevie® Awards will be accepted through June 17.

They have extended the final entry deadline for the awards to June 17, 2020. No additional late fees will be charged for entries submitted through June 17, and the entries will not be penalized in any way in the judging process. The judging process will extend through June 29. The Gold, Silver, and Bronze Stevie Award winners will be announced on July 8. The seventh annual awards banquet, originally scheduled for May 29 in Hanoi, Vietnam, is now rescheduled for September 4 in Hanoi.

The awards focus on recognizing innovation in all its forms, wherever it is achieved in the workplace. Entries are accepted in eight languages – Chinese, English, Indonesian, Japanese, Korean, Malay, Thai and Vietnamese – in the following category groups:

New for 2020, you may now submit a video of up to five (5) minutes in length about your achievements, in all categories, instead of the traditional Stevie Awards written essay.

Scores of professionals from throughout the region will participate in the judging process to determine the Gold, Silver, and Bronze Stevie winners.

The Stevie Award trophies, made by the company that makes the Emmy and other major international awards, are among the world’s most coveted prizes. The name Stevie is taken from the name Stephen, which is derived from the Greek for "crowned".

About the Stevie Awards 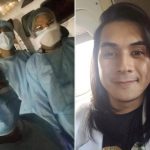 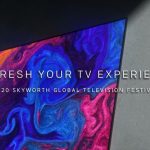