BEIJING, April 1, 2020 /PRNewswire/ — The light comedy The Sleuth of Ming Dynasty, jointly presented by iQiyi and Zhejiang Guanya Culture Film & Television and produced by Jackie Chan, was exclusively broadcast on the iQiyi streaming platform today. The drama stars Darren Chen, Meng-po Fu, Liu Yaoyuan, Alyssa Chia, He Nan and Wang Maolei with guest appearances by Lichun Lee and Jackie Li. Two new episodes will air every Wednesday to Friday at 8:00 p. m, while VIP members have advance access to six episodes. The international edition of the drama will be available with subtitles in six languages: Chinese, English, Thai, Indonesian, Vietnamese and Malay. 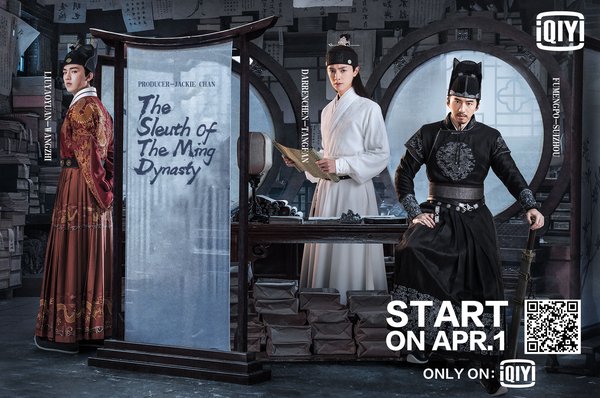 The Sleuth of Ming Dynasty tells the detective story of Tang Fan, a sixth rank official and Sui Zhou, an embroidered uniform guard with 50 soldiers under his command. The two join hands to crush a conspiracy to maintain peace and order for the people. The official Tang Fan and the military officer Sui Zhou can be described as the Ming Dynasty version of Sherlock Holmes and Watson, both of whom depended on each other while harboring a strong mutual dislike. In addition to forming a lasting friendship, the two take on synergistic roles at various moments during the saga, with memorable turns as "tenant and landlord" and "diner and exclusive chef". Sui becomes "the worst breeder" who feeds the "quick-witted little greedy cat" Tang. The drama, with the tension heightened by accidents, coincidences and reversals during their joint sleuthing, proves to be both exciting and funny, as the two "frenemies" work together against evil. At the same time, Wang Zhi, leader of the Western Depot, at times serious, facetious and adorable, is constantly stirring up trouble for the duo. The three distinctive characters together weave a saga of trials and tribulations. The strong performances of support characters Alyssa Chia and Lichun Lee add to the wonderful and purposeful confusion as the drama unfolds.

The Sleuth of Ming Dynasty is the first online drama that is a collaborative effort between Jackie Chan and iQiyi. The Jackie Chan Stunt Team created the action sequences which punctuate the hilarious scenes with intense martial arts performances. With the clothing, make-up and set not only faithful to styles of the day but also to the simplistic grandeur of the Ming Dynasty’s Chenghua period, the drama is expected to be a major success in China and beyond. 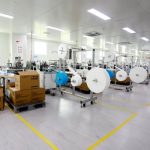 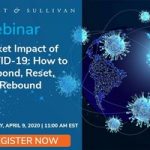