On February 17, viewers across the world are invited to watch in wonder as j-hope of BTS brings it all and does it all in j-hope IN THE BOX, a behind the scenes documentary special showcasing the creation of his first solo album, on Disney+.

Starring j-hope of the 21st-century pop icons BTS, j-hope IN THE BOX, a documentary special produced by HYBE, follows the international music sensation every step of the way as he works to release his first-ever solo album – Jack In The Box. Over the course of the documentary, viewers will be given a never-before-seen look at the creative challenges faced during the album’s preparation process, as well as front row seats to j-hope’s 2022 Lollapalooza performance and the album’s listening party.

Disney+ viewers can also enjoy BTS: PERMISSION TO DANCE ON STAGE – LA, an exclusive cinematic 4K concert film featuring BTS’ live performance at Los Angeles’ Sofi Stadium in November 2021; and IN THE SOOP : Friendcation – an original travel reality show with a star-studded cast including V of BTS, Itaewon Class’ Park Seojun, Parasite star Choi Wooshik, Park Hyungsik (Soundtrack #1), and Peakboy as the five friends venture off on a surprise trip and enjoy a variety of fun leisure activities together.

Stream j-hope IN THE BOX on Disney+ starting February 17.

Disney+ is the dedicated streaming home for movies and shows from Disney, Pixar, Marvel, Star Wars, National Geographic and Star, along with The Simpsons and much more. The service offers an ever-growing collection of exclusive originals, including feature-length films, documentaries, live-action and animated series, and short-form content. With unprecedented access to Disney’s long history of incredible film and television entertainment, Disney+ is also the exclusive streaming home for the newest releases from The Walt Disney Studios. For more, visit disneyplus.com, or find the Disney+ app on select compatible mobile and connected TV devices.

About j-hope of BTS

j-hope (Jeong, Hoseok) is a South Korean rapper, dancer, songwriter, music producer and member of 21st century pop icons, BTS. Known as the ‘lead dancer’ of the group, j-hope boasts his performance skills that are nearly perfect. His originality in music as an artist also comes from the fact that he learned music through dance. j-hope has been participating in making music such as “Intro: Boy Meets Evil’ and “MAMA” in WINGS, and his solo works.  j-hope’s first mixtape Hope World (March 2018) expressed his honest emotions and personal narratives, suggesting his vision as an artist. Globally-famed “Chicken Noodle Soup (feat. Becky G)” released in 2019 showcased his own musical personality with exhilarating energy and performance. j-hope also validated his capability as a creative director by leading all aspects—from music to concept and visual elements—of his solo album, Jack In The Box (July 2022), which addresses his passion and agony he goes through as an artist. In 2022, j-hope made history as the first South Korean act to headline a main stage at Lollapalooza.

BTS, an acronym of Bangtan Sonyeondan or “Beyond the Scene,” are a GRAMMY-nominated South Korean boy band that has been capturing the hearts of millions of fans globally since their debut in June 2013. The members of BTS are RM, Jin, SUGA, j-hope, Jimin, V, and Jung Kook. Gaining recognition for their authentic and self-produced music, top-notch performances, and the way they interact with their fans, the band has established themselves as 21st century pop icons breaking countless world records. While imparting a positive influence through activities such as the LOVE MYSELF campaign and the UN ‘Speak Yourself’ speech, the band has mobilized millions of fans across the world (named ARMY), collected six No.1 Billboard Hot 100 singles in a span of a year and just over a month, and performed multiple sold-out stadium shows across the world. They were also named TIME’s Entertainer of the Year 2020. BTS were nominated three years in a row at the 63rd, 64th and 65th GRAMMY Awards and have been recognized with numerous prestigious awards like the Billboard Music Awards, American Music Awards (Artist of the Year 2021) and MTV Video Music Awards. 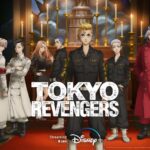 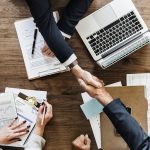