With every research, references and citations are needed. These ensure the credibility of each research material and that it matches what have been discovered already. Numerous publications and universities have been used for this, and among them is the University of the Philippines.

This year, in the 2019 Times Higher Education (THE) World University Ranking, UP has outranked other universities around the world like Hardvard and Oxford for being most cited in the health research category.

From a report published by The Inquirer, it was in terms of clinical and preclinical health research citations that they have placed seventh, with an overall score of 98.8. The score indicates the number of times a research was cited in other research papers, as was noted by the Philippine Council of Health Research and Development.

For the overall ranking, UP is ranked from between 126th to 150th if medicine, dentistry, and other medical fields are to be looked into. 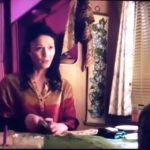