This is a developing story.

The said plane crash was spotted at the end of runway 24 of Ninoy Aquino International Airport close to South Luzon Express Way. The civilian aircraft was about to take off at runway 24 when it caught fire.

Netizens who witnessed the explosion shared that the aircraft incident happened at around 8 PM.

Based on a viral FB post, the said aircraft is RPC 5880 Lionair Aircraft with 8 passengers on board. The aircraft was caught fire as it took off in NAIA runway for Japan. The same aircraft was also used for the distribution of PPE’s of the Department of Health.

Our fire and medic teams were already dispatched to NAIA Terminal 2 to respond to the plane crash incident involving Lion Air Flight RPC 5880. 8 passengers consisting of a flight medic, nurse, doctor, three flight crew, one patient and its companion were on board.

A tweet from Senator Richard Gordon of the Philippine Red Cross confirms that the 8 passengers onboard include a flight medic, nurse, doctor, three flight crew, one patient and its companion. 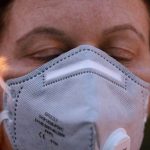 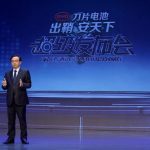