Do Identity Checks by Philippine Banks Turn Away Customers?

FICO, a global analytics software firm, has released its Consumer Digital Banking Survey which found Philippine consumers are more comfortable opening bank accounts on their smartphones than consumers in the US and the UK.

"Filipino consumers are digital natives," said Subhashish Bose, FICO’s lead for fraud, security and compliance in Asia Pacific. "Around 40 percent of Filipinos have a smartphone and according to a recent study they rank in the top 10 mobile internet users globally, spending an average of 4.58 hours a day on their phones."

The study showed that digital account opening is rapidly becoming the norm in the Philippines, with 76 percent of consumers saying they would open some kind of financial account online.

Of those that would open a financial account online, 40 percent would consider doing so for an everyday transaction account, 38 percent for a credit card and 33 percent for a personal loan.

Bucking expectations, it was older consumers in the Philippines who were more likely to be leading the digital push with the youngest Filipinos being the laggards.

"The truth in the numbers here is far more nuanced," explained Bose. "Younger Filipinos are adept at using smartphones and computers, however, many do not have the required identification forms to open bank accounts at a young age, don’t have regular income or are presented with bank account options that are not appealing. For example, many bank accounts in the Philippines require a minimum balance to avoid monthly account-keeping fees.

"As consumers’ reliance on online services grows in response to COVID-19, we expect further shifts in adoption and indeed an acceleration and acceptance in opening bank accounts digitally. It is important that banks closely examine any points of friction in their application process to ensure consumers are not abandoning a process or switching to a competitor," said Bose.

The survey found that a large percentage of Filipinos had an expectation that they should be able to complete all aspects of account opening online or on their phone.

If all actions required to complete an account opening cannot be accomplished in-session, only 41 percent of respondents said they would carry out the necessary offline actions as soon as possible.

Around 33 percent thought they would eventually complete offline actions such as taking a phone call, posting documents, or visiting a branch. A further 13 percent said they would try a competitor while 5 percent said they would give up completely. Overall findings demonstrated that financial institutions in the Philippines that don’t facilitate a completely digital account opening experience could lose over 40 percent of their new business.

FICO’s Consumer Digital Banking Survey was produced using an online, quantitative poll of 5,000 adults (over 18) across 10 countries carried out on behalf of FICO by an independent research company. The countries surveyed were: Brazil, Canada, Germany, Malaysia, Mexico, Philippines, Sweden, UK and the USA.

About FICO
FICO (NYSE: FICO) powers decisions that help people and businesses around the world prosper. Founded in 1956 and based in Silicon Valley, the company is a pioneer in the use of predictive analytics and data science to improve operational decisions. FICO holds more than 195 US and foreign patents on technologies that increase profitability, customer satisfaction and growth for businesses in financial services, manufacturing, telecommunications, health care, retail and many other industries. Using FICO solutions, businesses in more than 100 countries do everything from protecting 2.6 billion payment cards from fraud, to helping people get credit, to ensuring that millions of airplanes and rental cars are in the right place at the right time. 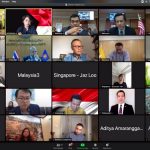