Manila, Philippines – The show Goin’ Bulilit first aired back in February 2005. It was a spin-off of the hit comedy show Goin’ Bananas back in the 80’s, which starred Christopher de Leon, Edgar Mortiz, and the late Jay Ilagan and Johnny Delgado. The concept was for a comedy show but with kids as the cast. The only cast member that is not a kid is Romy Pastrana, or more commonly known by his stage name Dagul.

In the show’s long run, there were cast members that had to “graduate,” as they may have reached a certain age. The show’s cast had a typical age limit of up to 13 years old. When a member reaches the said age, they hold a special episode that is dedicated to the “graduating” cast member.

Numerous child actors and actresses had their careers launched further from being part of Goin’ Bulilit. Such members as Julia Montes, Kathryn Bernardo, and Nash Aguas were able to “graduate” from the show, though there were cast members that left it without having a “graduation.”

It was recently announced by ABS-CBN that Goin’ Bulilit will be ending, with their last two episodes to be aired. The last episode was said to be shown on August 4, 2019.

Headwriter Josel Garlitos made a post in Instagram that also tells of this news. He also added the hashtag #AngHulingDalawangLinggo referring to the last two episodes.

Badjie Mortiz, one of the directors of the show, also made his own post in Instagram regarding the ending of the show.

There had been a few speculations regarding why the show ending, with the most common thought of the show not getting enough ratings.

Also read: “You Do Note Girl” Will Be Appearing in Gandang Gabi Vice 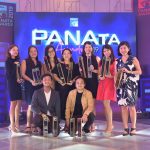 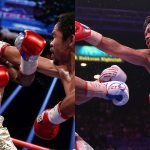