International pop star Justin Bieber has challenged Hollywood actor Tom Cruise on Monday for a fight in the octagon.

“The Octagon” refers to the eight-sided ring used by the Ultimate Fighting Championship.

In his Twitter account, the 25-year-old singer challenged the 56-year-old actor tagging Dana White, the president of the Ultimate Fighting Championship, which is the world’s largest mixed martial arts (MMA) organization.

“I wanna challenge Tom Cruise to fight in the octagon. Tom if you don’t take this fight your scared and you will never live it down. Who is willing to put on the fight? @danawhite ?” Justin wrote.

It is not clear, however, why the Canadian singer challenged the “Mission: Impossible” star for a fight.

“If Tom Cruise is man enough to accept this challenge, McGregor Sports and Entertainment will host the bout. Does Cruise have the sprouts to fight, like he does in the movies? Stay tuned to find out!” Connor wrote on his Twitter account.

Justin was known for his controversial past that includes rude behavior and several run-ins with the law. But since marrying Hailey Baldwin, Justin has laid low to controversies focusing on his music and his budding family life.

Since Justin’s tweet is out of the blue and there’s no clear link between him and Tom, some reports suspected that the tweet is actually some sort of a publicity stunt for an upcoming project or a good cause.

The camp of Tom Cruise has still not issued any statement about Justin’s challenge.

Tom is set to film the back-to-back Mission: Impossible 7 and 8 scheduled to come out on 2021 and 2022 respectively.

How about you? Do you think its just another publicity stunt?

Also read: It’s official: Robert Pattinson is the next Batman 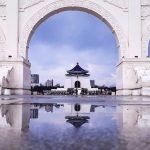 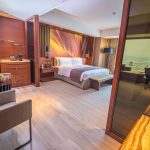