SINGAPORE, May 7, 2020 /PRNewswire/ — Today Coda Payments ("Coda") and Riot Games, the developer of League of Legends, announced that players in eight markets across Southeast Asia, including Singapore, can purchase Coins for Legends of Runeterra, Riot’s free-to-play strategy card game set in the world of League of Legends, on Codashop (www.codashop.com), a website where millions of customers come to top up their favorite games every month.

As soon as your payment is made, your Coins will appear in the game. There is no need to log into Codashop and no need to use a voucher or PIN code.

Gamers love Codashop because of the wide range of popular local payment methods that are accepted, including M1, StarHub and SingTel.

"Our mission at Coda is to make world-class content accessible to everyone," Philippe Limes, Coda’s Chief Executive Officer, said. "With this partnership, we are delighted to make it simple for millions of players to participate in the League of Legends universe."

"Here in Southeast Asia, we recognize that gameplay and payment preferences are extremely diverse," said Justin Hulog, General Manager of Riot Games Southeast Asia. "Our partnership with Coda will allow gamers to access and enjoy all our upcoming, new games with comfort and ease."

Coda Payments (www.codapayments.com) helps digital content providers monetize their products and services in more than twenty emerging markets. Publishers of leading games like PUBG Mobile and Call of Duty: Mobile, streaming platforms like beIN and Bigo Live, dating apps like Tinder, and video-on-demand platforms like Viu have integrated with Coda to accept payments

Founded in 2011, Coda is headquartered in Singapore with additional offices in Jakarta and Bangkok. It is backed by Apis Partners – a private equity asset manager that invests in growth-stage financial services and financial infrastructure businesses in Asia and Africa – and GMO Global Payment Fund, whose strategic management company is GMO Payment Gateway, Japan’s largest online payment gateway.

Riot Games was founded in 2006 to develop, publish, and support the most player-focused games in the world. In 2009, Riot released its debut title, League of Legends, to worldwide acclaim. League has gone on to be the most-played PC game in the world and a key driver of the explosive growth of esports.

As League enters its second decade, Riot continues to evolve the game while delivering new experiences to players with Legends of Runeterra, League of Legends: Wild Rift, Teamfight Tactics, and multiple work-in-progress titles, while exploring the world of Runeterra through multimedia projects across music, comic books, and more.

Founded by Brandon Beck and Marc Merrill, Riot is headquartered in Los Angeles, California, and has 2,500+ Rioters in 20+ offices worldwide. Riot has been featured on numerous lists including Fortune’s "100 Best Companies to Work For," "25 Best Companies to Work in Technology," "100 Best Workplaces for Millennials," and "50 Best Workplaces for Flexibility." 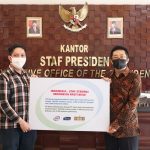 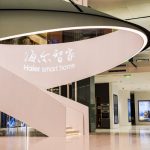