It was Europe vs. South America this year. Italy tallied 25-23, 25-22, 25-22 against Brazil, who bagged their third consecutive VNL silver medal.

Apart from being named the Most Valuable Player of the Women’s VNL 2022, the 23-year-old Italian star was also chosen as the Best Opposite Spiker and included in this year’s VNL Dream Team.

The seven players of the VNL Dream Team were honored during the Awarding Ceremony after the final match on Sunday in Ankara, Turkey.

On club level, she played for Club Italia in 2015. She was selected to play in the Italian League All-Star game in 2017. In 2017 she moved to AGIL Novara. She was awarded the prize for Woman of the Year 2019 by D – la Repubblica delle donne, a weekly magazine of la Repubblica.

She was one of the flagbearers of the Olympic Flag at the 2020 Summer Games in Tokyo. 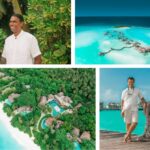 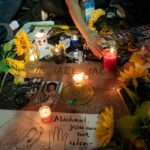