Manila, Philippines – Whenever a person mentions the Philippine Charity Sweepstakes Office, or PCSO, the first thing that comes to their mind is Lotto. PCSO, after all, is the one responsible for it, along with Sweepstakes, and other gaming and gambling events. People would place their bets on any of the games, whether it is Lotto or such, and hope that they hit the lucky numbers so they can win money.

PCSO is directly supervised by the Office of the President. They are also responsible for raising funds for health programs, medical assistance, etc.

Friday night, July 26, 2019, a video was posted on the Presidential Communications Facebook page. It was an address coming from President Rodrigo Duterte himself, where he has announced that starting tomorrow, he wants to have all games and gambling activities that are from PCSO to be suspended or terminated.

He is giving 24 hours starting Saturday, July 27, 2019, to stop all gaming and gambling activities that are handled by PCSO.

Such games and activities include:

In the video, he personally ordered the Philippine National Police and the Armed Forces of the Philippines to arrest anyone that will be caught playing the games and activities that is connected to PCSO.

He said his reason for his decision is because of the “massive corruption” that is within the said corporation. He also said that he had no choice and that PCSO “was asking for it.”

He also said he will not honor any court order that is related to the investigation of the massive corruption.

It should be noted that the order is only for games and activities under PCSO. Casinos are not affected as they are under PAGCOR. 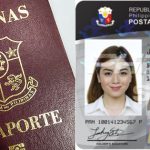