DOHA, Qatar, March 9, 2020,/PRNewswire/ — Qatar Airways has launched a new commercial policy to provide customers with maximum flexibility to suit their travel plans. Passengers that have booked or will book flights for travel up to 30 June 2020 will be offered the flexibility to change their travel plans free of charge by altering the dates of their booking or exchanging their ticket for a travel voucher valid for one year. Both changes apply up to three days prior to departure.*

This commercial policy is designed to provide Qatar Airways’ passengers with confidence and peace of mind when booking flights in light of COVID-19 (Coronavirus) and its impact on global travel.

Qatar Airways Group Chief Executive, His Excellency Mr. Akbar Al Bakar, said: “The safety, security and good health of our passengers and employees is our highest priority. Although we maintain the very highest standards of hygiene across all parts of the business, we recognise that some passengers may wish to alter their existing travel plans. We hope this new policy, alongside our robust hygiene practices and safety record, will allow our passengers to travel with confidence.”

As an airline, Qatar Airways maintains the highest possible hygiene standards, which include the regular disinfection of aircraft, the use of cleaning products recommended by the International Air Transport Association (IATA) and the World Health Organization (WHO), and robust staff training.

In addition, Qatar Airways’ aircraft feature the most advanced air filtration systems, equipped with industrial-size HEPA filters that remove 99.97% of viral and bacterial contaminants from re-circulated air, providing the most effective protection against infection. All the airline’s onboard linen and blankets are washed, dried and pressed at microbial lethal temperatures, while its headsets are removed of ear foams and rigorously sanitized after each flight. These items are then sealed into individual packaging by staff wearing hygienic disposable gloves.

Qatar Aircraft Catering Company (QACC) was the first organisation in the world last year to achieve ISO22000:2018 certification from Bureau Veritas with UKAS accreditation, confirming its Food Safety Management System meets the highest standards. All meal service utensils and cutlery are washed with detergents and rinsed with demineralized fresh water at temperatures that kill pathogenic bacteria. All sanitized equipment is handled by staff wearing hygienic disposable gloves, while cutlery is individually re-packed.

In addition to the announcement made by Qatari Government Communications Office, the temporary suspension of entry to those travelling from Thailand does not affect the transit via Hamad International Airport and the flights from Thailand remain operational per normal schedule.

A multiple award-winning airline, Qatar Airways was named ‘World’s Best Airline’ by the 2019 World Airline Awards, managed by Skytrax. It was also named ‘Best Airline in the Middle East‘, ‘World’s Best Business Class’, and ‘Best Business Class Seat’, in recognition of its ground-breaking Business Class experience, Qsuite. It is the only airline to have been awarded the coveted ‘Skytrax Airline of the Year’ title, which is recognised as the pinnacle of excellence in the airline industry, five times.

Qatar Airways, the national carrier of the State of Qatar, is celebrating more than 20 years of Going Places Together with travelers across its more than 160 business and leisure destinations onboard a modern fleet of more than 250 aircraft. The world’s fastest-growing airline will add a number of exciting new destinations to its growing network in 2020, including Osaka, Japan; Santorini, Greece; Dubrovnik, Croatia; Almaty and Nur-Sultan, Kazakhstan; Accra, Ghana; Cebu, Philippines; Lyon, France; Trabzon, Turkey; Siem Reap, Cambodia and Luanda, Angola.

A multiple award-winning airline, Qatar Airways was named ‘World’s Best Airline’ by the 2019 World Airline Awards, managed by international air transport rating organisation Skytrax. It was also named ‘Best Airline in the Middle East‘, ‘World’s Best Business Class’ and ‘Best Business Class Seat’, in recognition of its ground-breaking Business Class experience, Qsuite. Qatar Airways is the only airline to have been awarded the coveted “Skytrax Airline of the Year” title, which is recognised as the pinnacle of excellence in the airline industry, five times.

Qsuite, a patented Qatar Airways product, features the industry’s first-ever double bed in Business Class, as well as privacy panels that stow away, allowing passengers in adjoining seats to create their own private room, a first of its kind in the industry.

Qatar Airways was the first Gulf carrier to join global airline alliance oneworld, enabling its passengers to benefit from more than 1,000 airports in more than 160 countries, with 14,250 daily departures.

Oryx One, Qatar Airways’ in-flight entertainment system offers passengers up to 4,000 entertainment options from the latest blockbuster movies, TV box sets, music, games and much more. Passengers flying on Qatar Airways flights served by its B787, B777, A350, A380, A319 and select A320 and A330 aircraft can also stay in touch with their friends and family around the world by using the award-winning airline’s on-board Wi-Fi and GSM service.

Qatar Airways proudly supports a range of exciting international and local initiatives dedicated to enriching the global community that it serves. Qatar Airways, the official FIFA partner, is the official sponsor of many top-level sporting events, including the FIFA 2022 World Cup, reflecting the values of sports as a means of bringing people together, something at the core of the airline’s own brand message – Going Places Together. 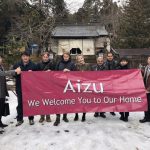