Looking back from episode 1, Vincenzo’s goal is to get access from the gold hidden in the secret room of the basement at Geumga Plaza. Though he is a very skilled man, it won’t be easy to go onboard right away with his mission and it will take a bit of his time to gain the trust of his allies.

Episode 2 began with a frantic start when CEO Park Seok-do was seen dangling at the edge of the building by Vincenzo. CEO Park was hanged by Vincenzo for he cannot accept the illegal buying of Geumga Plaza. Begging for his life, CEO Park promised that his men will leave if Vincenzo lifts him. As soon as Vincenzo lifts him from the window, he ordered his men to kill him. Attempting to get rid of Vincenzo was unsuccessful, for the police arrive and told CEO Park that reporters have flocked the plaza.

As soon as CEO Park and his men left, this is where the leading actress shows off her acting skills. Cha-young pulls Vincenzo aside and accused him that he orchestrated everything. Vincenzo left the scene getting tired of the accusations to him and only promises to get the building back. Cha-young later learned that Vincenzo was the one who tipped the reporters.

She also met Babel’s Chairman Jang portrayed by actor Kwak Dong-Yeon and introduces herself as the lead lawyer on his subsidiary case. Cha-young also got worked up after the meeting with the Wusang team about the upcoming demolition, and she was furious that the tenants are only making things worst by staying at the building.

Being the leading lady, there’s a lot of expectation from Jeon Yeo-been as she portrays the role of Hong Cha-young, a pragmatic lawyer who works at the firm favored by the rich but morally dubious client. I’m hoping that Jeon Yeo-been can present her role well and settle in real quick with her character. Her acting is exaggerated to the point that it cringes and this issue, can drive viewers away and lost interest in investing their time in this series.

Another turned of events from this scene was when Myung-hee who used to work at a Laundromat turned out to be a prosecutor who can dig any dirt from anyone. She became the new senior attorney at Wusang Law Firm, which was supposedly given to Cha-young. From her identity being a low-key worker at a laundromat to instantly becoming a senior attorney, we can assume that Myung-hee will become an important character in this series and she can probably catch some big fish.

As Cha-young informs Vincenzo that the demolition will begin the following night, she also pleads to get the tenants out of the building. The following day, Vincenzo and Nam Joo-sung gathered the tenants to tell them the news. Everyone was furious as they watched Vincenzo sitting comfortably while browsing Instagram and liking photos instead of finding a way to solve the problem. The day of the demolition arrives and Cha-young was worried that tenants didn’t intend to leave. When she got to Geumga Plaza, CEO Park’s men also got off, but they are all confused as they watched a Sicilian wine event held outside.

The ending scene of episode 2 showed a rom-com side. Vincenzo was able to find a way to stop the demolition by organizing a Sicilian wine event that filled the entire plaza of people enjoying the festive night. Cha-young was left in awe and smiles when she saw Vincenzo well dressed in a tuxedo and having a chat with decent guests.

Also read: BINGE WATCH “GAME OF THRONES” BEFORE PREQUEL IN 2022 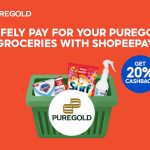 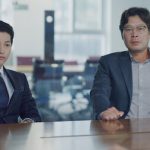