Apple, despite their reputation of releasing gadgets that as a high price point, can still be considered as the company that leads innovation when it comes to phones and such. The iPhone lead to the popularity of smartphones everywhere, With the release of the iPhone X and its notch at the top, all other phone models after it also had a notch. Along with the iPhone X, the AirPods were also introduced, which lead to other companies releasing earbuds with designs and features similar to it.

Apple has announced that they will be releasing the AirPods Pro, the latest version for their AirPods lineup. Unlike the AirPods 2, the Pro version has a newer design and added functions.

The biggest feature that the AirPods Pro has is its active noise cancelling feature. It as microphones that will detect sounds around it, and the earbuds would cancel them out. It also has a transparency mode that you can use if you need to hear things around you while you are wearing it. They also boast of “Adaptive EQ” which, according to Apple, can adjust the music that you hear depending on your ear’s shape.

Another change with the Pro model is its shape. Unlike the original AirPods and the AirPods 2, the Pro now features a silicone tip for a more secure fit. They also have replacement tips that the user can take advantage of to get a more comfortable fit.

The Pro version also is sweat and water resistant and has a 4.5 hour battery life with continuous use. If it needs to be recharged, the case can carry enough juice for 24 hours of charging. The case will still use a Lightning connector for charging, but will now include a Lightning to USB-C cable in the box.

The AirPods Pro will be available for purchase starting October 30, and is priced at $249. 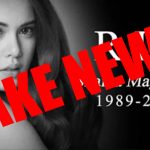 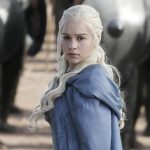