iPhones are very popular for being powerful gadgets with fast processing speeds and great cameras. They are also very expensive and when it stops working, you would want to have it repaired.

There have been issues regarding iPhone repairs. Numerous stories have been told that if you are to get your phone checked at an authorized Apple store, they would charge you with a huge amount for the repair, or worse, they won’t even fix the phone.

There are third-party repair shops that can fix an iPhone for a fraction of the price, but there have been a few issues with that as well, specially with the newer phones being harder to open and repair. There have been also rumors that if the phone’s software detects a non-genuine Apple part was used to repair it, it won’t work properly.

From an article by Arstechnica, Apple is now looking into changing their policy regarding repair, specially for those that are out of warranty. They are launching a new repair program and repair shops can apply for it for free. Certain requirements must be met still, like being a certified Apple technician (which can be done for free as well) and once a repair shop is qualified, they’ll have access to all genuine parts, tools, and other resources that they can use.

Jeff Williams, Apple’s chief operating officer, has said that they wish to give iPhone owners a peace of mind when the need to have their device fixed arises, and that the safest way is to use genuine Apple parts. For the independent repair centers, they also want to have them get easy access to all the resources that their own Authorized Apple Service Providers use.

This appears to be a big step by Apple in order to get iPhone users to have an easier access to repair options and that the pilot of the program has been successful with 20 stores in North America, Asia, and Europe. 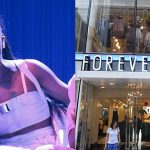 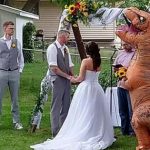