The use of gadgets is important to everyone now. Whether it is for business or pleasure, the use of a gadget appears to be inevitable.

Macbooks are the device of choice for people that are on-the-go. They are light to carry and quite easy to operate and manage.

Recently, Apple has discovered that there may be some older Macbook Pros that could become a fire safety risk. Such a model may have a battery that could overheat and possibly explode as with what happened according to a Reddit post.

From a post coming from Apple Support, they have seen that a particular Macbook model, the 15-inch 2015 Macbook Pro with Retina Display, is the only one that may be affected by the fire safety risk. They have also determined that the models that are affected are the ones sold between the period of September 2015 until February 2017.

Apple has now opened what they called a “Battery Recall Program” in order to protect their customers. The program will be free of charge.

For one to determine if they are affected, you will need to go to the “About this Mac” section of the Macbook by clicking the Apple logo at the top-left corner. If the model that appears is “MacBook Pro (Retina, 15-inch, Mid 2015),” take its serial number and enter it in Apple Support’s website.

If the serial number comes back as eligible, Apple encourages the user to stop using the device and have its battery replaced.

The battery replacement will be done at an Apple Repair Center. You will need to make an appointment with the nearest Apple retail store and the entire replacement process would take around 1-2 weeks.

Back in April, Apple also had their international wall adapters recalled due to risk of electrical shock when used. It could also be recalled that Samsung had an issue with exploding batteries with their Galaxy Note 7.

Also read: “Libra” is the New Cryptocurrency That is To Be Launched by Facebook 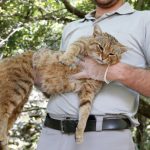