Manila, Philippines – The use of automated teller machines, or ATM’s, have been very convenient for everyone that has a bank account. All you’ll just need would be your card and if you run out of money, you can just approach any ATM and withdraw. This removes the hassle of needing to fill up a form and going to your bank branch, as not all branches can accommodate your transaction immediately.

For the longest time, there had been no additional charge for every use of an ATM, but Bangko Sentral ng Pilipinas has approved a few banks to add an additional P3 for their service charge.

From an article written by PhilStar, according to BSP Deputy Governor Chuchi Fonacier, before banks are given the green light for the increase, they will first need to comply with the conditions that will be given to them.

The increase is for the banks to be able to recover their operation fees for their ATM’s. The approved increase was only P3, but there were a few bank companies that were requesting a higher increase.

It was also noted that this increase would only apply if one is to withdraw from an ATM that is not from their bank.

Currently such a service fee is around P11, but with the proposed increase, it can go up to P15.

The banks that were approved were not named, and Fonacier urges the public to use online transfers and other alternate means if they do not wish to have the additional charge per ATM transaction. 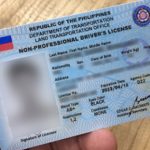 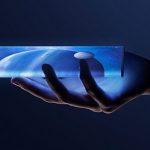