Caffeine may offset some health risks of diets high in fat, sugar

It looks like caffeine is the solution for those worried about their diet having too much sugar and fat.

According to a study from the University of Illinois, caffeine contains properties that help offset fat and sugar from the diet. The researchers concluded that caffeine has the potential to suppress the storage of lipids in fat cells. This means that caffeine can limit the possibility of weight increase for humans.

Caffeine also helps slow down the production of triglycerides. While essential for good health, high triglyceride content in the blood can lead to heart disease.

There is a lot of food rich in caffeine. Among these caffeine-rich food items are coffee, dark chocolate, green tea, and black soda.

The study was co-authored by Elvira Gonzalez de Mejia, who is the director of the university’s division of nutritional sciences. The research got published as part of the Journal of Functional Foods.

The result was the output of experiments done on rats. For the experiment, the researchers gave them food items with the nutritional content of 45 percent carbs, 15 percent protein, and 40 percent fat. The rats were also given caffeine from mate tea that is proportional to the four cups of coffee that humans drink.

Mate tea is a caffeine-rich herbal drink in southeastern Latin American nations. The beverage is also rich in amino acids, phytochemicals, and flavonoids. Each serving of mate tea contains around 65-130 milligrams.

After having the rats eat, the researchers did cell culture studies. They spent time exposing the rats’ adipose cells to synthetic caffeine. They found that caffeine exposure led to the decline in the cells’ storage of lipids by as much as 41 percent.

This means that the rats exposed to caffeine accumulated 16 percent less weight and 22 percent less body fat than those that did not receive caffeine. The exposure also directly affected the supply of fatty acid synthase gene (Fasn) and lipoprotein lipase gene (Lpl). Both of these substances play roles in triglyceride production. 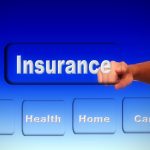 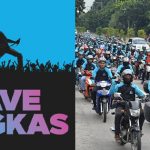