Sad news was given with reports saying that Goo Hara, one of the popular K-Pop stars from the previous K-Pop boom and popularity, was found lifeless in her residential home by an acquaintance. This happened on November 24, 2019, at 6PM KST.

Goo Hara is a former member of the popular K-Pop group KARA, which consisted of other members Park Gyuri, Han Seungyeon, and Heo Youngji. Previous members Nicole Jung, Kang Ji-young, and Kim Sung-hee all separated from the group early on.

The band’s name KARA came from the Greek word “chara” which can be translated to “joy.” The group became famous for hit songs such as “Mister,” “Lupin,” and “Jumping.” The group officially disbanded back in January 2016 after the contracts of the members were not renewed. Hara has then tried to go on a solo career, being able to land key roles in a few shows.

On September 2018, she had a fight with Choi Jong-bum, which ended with both parties having physical injuries, and both filing a lawsuit against each other. Choi still served a sentence of 1 year and 6 months prison time and a suspension of 3 years because of coercion, physical abuse, and damage to Hara’s property.

On May 26, 2019, Hara had a suicide attempt and was rushed to the hospital after it, where she issued an apology to her fans.

On November 24, 2019, 6PM KST, an acquaintance saw her lifeless in her private residential home. Upon investigation, foul play was ruled out and it was deemed as possible suicide. CCTV footage also showed that there were no other person who entered her residence after she came back at around 12:40AM.

Her death happened only around a month after Sulli, another former K-Pop idol from the group f(x), committed suicide as well.

Our condolences to her family and fans. 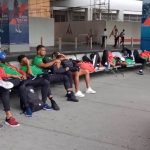 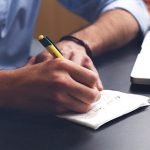