Song-Song couple officially over, Under the agreement, there will be no division of property

In a report by Yonhap News Agency, the Seoul Family Court held a closed-door hearing over the divorce arrangement for the couple but did not provide details.

The settlement comes a month after Joong-ki’s lawyer revealed the 33-year-old actor filed for divorce from the 37-year-old actress at the Seoul Family Court.

He did not elaborate on the reason for the divorce, only saying through his management agency in June, “I hope that we will wrap up the divorce procedures smoothly, rather than blaming each other.”

Hye Kyo, through her agency, said the reason for the divorce is a “personality difference” and the two sides were unable to overcome their differences.

In a statement released by Hye Kyo’s agency, United Artists Agency, there will be no division of property of settlement money under the divorce agreement.

Park Jae Hyun, Joong-ki’s lawyer filed the divorce last June 26 as he released his client’s statement to the public

“Our law firm filed for divorce on behalf of Song Joong Ki at the Seoul Family Court on June 26. Additionally, we would like to convey Song Joong Ki’s official statement,” Jae Hyun said.

In his statement, Joong Ki apologized to his fans “who love and care for me” for this unfortunate news. He then asked for their understanding amid this difficult time.

“I have begun the process of filing for divorce from Song Hye Kyo. Rather than denouncing one another and arguing over who is to blame, I hope that the divorce process can be wrapped up amicably,” he said.

“I ask for your understanding in regards to the fact that it is difficult to discuss the details of my personal life, and I will recover from my current wounds and do my utmost as an actor to repay you through great productions in the future,” he added.

Joong Kyi and Hye Kyo played lovers in the hit Korean drama series “Descendant of the Sun.” They tied the knot in October 2017. 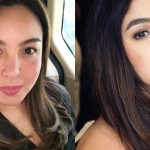 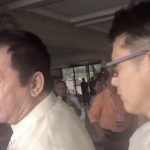