Marjorry Lingat re-enacts scenes with Andrea, Francine on GGV. Are we going to see her as part of the TV series soon?

As the hit afternoon teleserye “Kadenang Ginto” becomes one of the most popular teleseryes of all time, memes and impersonations from netizens are becoming a daily dose of fun to different social media sites.

And if you’re into social media, you probably knew the 9-year-old girl making rounds on your social media news feed. That was Marjorry Lingat, popularly known as the “You Do Note Girl.”

She became a household name after her video impersonating the characters of “Kadenang Ginto” spreads like wildfire on social media.

On Sunday, she had a time of her life as she was part of the guest on the “Gandang Gabi Vice” including the Gold Squad composed of Andrea Brillantes, Francine Diaz, Kyle Echarri and Seth Fedelin.

In the episode, Marjorry re-enacted scenes in the teleserye with the four teen cast.

Then she and Andrea had a scene where the teen star asked the kid why she was in the GGV studio.

“You do note that da liar is my peyk,” Marjorry responded, the most popular phrase she was known for.

In another scene, Marjorry acted with Francine where she told the teen actress “Cassie, hindi ka muna papasok sa school.”

Francine questioned Marjorry why she cannot go to school as the scene become intense. Marjorry ended the scene with a “Edi Meow” which drew laughers from the audience.

Since she becomes famous online, netizens are asking ABS-CBN to cast the girl in the hit teleserye. In a tweet to “Kadenang Ginto” director Jojo Saguin, a netizen wrote “Petition to make her part of Kadenang Ginto cast,” which the director replied “Noted po.” 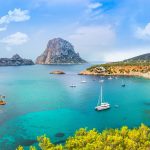 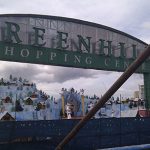