Singer Morisette Amon got the biggest surprise of her life when she met “A Whole New World” composer Alan Menken and Hollywood actor Will Smith in her recent trip in Japan.

In a video posted by Disney Philippines on its social media accounts, Amon went to a room and sees Menken and Smith. She then introduced herself to the two.

“Lea told me about you,” Menken said, referring to Lea Salonga, the singing voice of Princess Jasmine in the 1992 movie.

Smith, who played the Genie in the live-action remake of “Aladdin,” then requested Amon to sing for him and Menken.

“I know I’m supposed to be the Genie, but, you know, can the Genie have a wish? Because when you have the master and the lovely voice of Morissette here, I mean, I would like to make the wish that I hear the two of you,” Smith said.

The “ASAP Natin ‘To” singer granted Smith’s wish as she made a duet with Menken singing “A Whole New World” which prompted applause from the two Americans.

It turned out that the key was higher than expected with Menken on piano.

“I don’t even know if it’s in the right key for you,” he said, which Amon replied “It was so high but we made it, it’s okay! We made it happen! Oh my gosh.”

“You hit some great notes there though!” Menken replied.

In the end of the video, Amon, Menken, and Smith said “Kamusta” to the Philippines as they invited Filipinos to watch Aladdin in cinemas.

Amon with co-Kapamilya singer Darren Espanto sang the Philippine version of “A Whole New World” for its promotion in the country. However, Espanto couldn’t make it in Japan for prior commitments.

Directed by Guy Ritchie which starred by Naomi Scott as Princess Jasmine and Mena Massoud as Aladdin, the live-action remake has now earned $445.9 million worldwide. 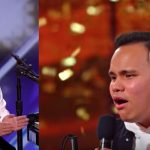 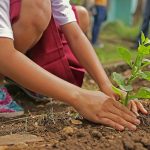