Mobile Suit Gundam is one of the most famous anime franchises that has reached the whole world. It started from the original series with the “Universal Century” timeline, and then it had spin-offs and “alternate universes,” where the theme is mostly war and conflict between those that live in Earth and those that live in space colonies.

The conflicts are fought over with the use of robots called “mobile suits,” and the lead mobile suit is the Gundam. The iconic RX-78-2 Gundam and its rival the ZAKU II Char Custom, along with their pilots Amuro Ray and Char Aznable, are famous with almost any Gundam fan.

The Gundam franchise is celebrating their 40th anniversary and they have collaborated with numerous companies including Oppo, which is releasing their latest flagship phone, the Reno Ace, with a special Gundam Edition.

OWNDAYS, a Japanese eyewear brand, has also revealed that they have their own collaboration, called “Wear the GUNDAM.”

From OWNDAYS’s official website, they show that this is a limited collaboration project and that they have a few things in store for Gundam fans. The first is four eyeglass frames themed after iconic mobile suits from the original anime timeline.

Aside from the four frames, they also revealed a unique eyeglass case, which is shaped to look like the head of the RX-78-2 Gundam.

The head is a 1/7 scale and has compartments that can fit up to six frames: Two on each side of the    head, one at the back, and one behind the “eyes” of the Gundam. The eyes also light up and startup sounds will play once the front compartment is closed.

The eyeglass frames are set to be available on December 2019, and reservations will open for the Gundam eyeglasses case starting October 24, 2019, with early shipping scheduled for March 2020. 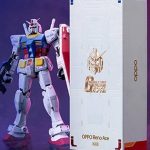 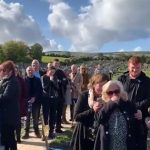