Iloilo City — A fashion designer based in Iloilo is presently making waves as he created Personal Protective Equipment (PPE) that is inspired by the well-renowned Netflix series, “Money Heist” or “La Casa De Papel.” This is his way of helping the frontliners and the whole country amidst the COVID-19 crisis.

Ram Silva has posted some photos of frontliners on his Facebook account. The health employees who wore the PPEs he created are from the Internal Medicine Department at Western Visayas Medical Center.

What is worth noting on the said photos that have been uploaded on social media is that the frontliners seem to be part of the “Professor’s” team.

The health workers were wearing red hazmat suits. On top of that, they also sported Dali masks inside the said hospital.

However, according to Ram, these Dali masks only served as their props as they posed for photos so that they could fit the theme.

For the uninitiated, the said Netflix series is composed of six seasons. Yes, this is much-loved by lots of fans across the globe, which include Filipinos.

In fact, because Filipinos are among the top fans of the said series, the creators have included “Manila” — a new character to the said show.

Creators say the country with the highest number of fans of “Money Heist” would be included as one of the characters of the show.

The frontliners are deemed to be akin to the protagonist of the said show as they also risk their lives in a bid to combat one of the darkest problems of todays generation — the coronavirus pandemic.

It can’t also be denied that a lot of frontliners are also among the first victims of the deadly disease as they are in the first lines of defense against the said virus.

So, what can you say about this story? Share this with other people. 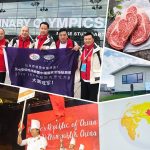 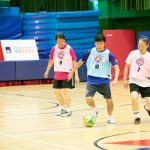