Manila, Philippines – When a holiday is near, people always check the dates, to either know how they can plan any vacation that they would take, or if they want to predict a possible long weekend ahead of time.

In their Tweet, they show a declaration made by Malacañang for August 16, 2019. Proclamation No. 774 states that on that date, Davao City will have a special non-working holiday, and this is in order for them to celebrate their Kadayawan Festival.

Kadayawan Festival is a yearly festival in Davao City. The name is taken from their local dialect, which means good, valuable, or beautiful.

As it was declared as a special non-working holiday, classes will be suspended on that day and government offices would generally be closed. Establishments that need to be open on that day will be required to pay their employees an additional 30% of their pay for that day.

August 16 falls on a Friday, and this means for the people of Davao City, they will have two long weekends for this month.

Eidul Adha is another holiday expected this August and it may fall on the 11th or 12th day of the month, which can give the people another long weekend to expect. 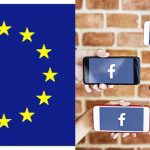 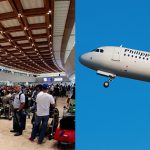