Manila, Philippines — Dan Ombao has serenaded the crowd with his own rendition of Ryan Cayabyab’s classic song “Tuwing Umuulan at Kapiling Ka” at the Live Round of ABS-CBN’s “Idol Philippines.”

Prior to his performance, a video of Cayabyab mentoring Ombao was also televised in the same episode.

Cayabyab said he admired Ombao’s guts saying “He changed a lot of the chords. I think he’s very inventive.”

“That’s what makes you different. Kasi the way you sing it, nararamdaman ko,” Cayabyab said.

The 23-year-old Bataan singer might not made it to the finals of The Voice Season 2 but this time he made it into the Top 12.

During his audition, Ombao sang Join The Club’s “Nobela” capturing the attention of the celebrity judges. In the Solo Round, he performed Ed Sheeran’s “I See Fire” gaining him a spot in the Top 12 of the competition.

Ombao also made a guest appearance on the popular Wish 107.5 Bus two years ago with his own cover of Up Dharma Down’s “Tadhana” which now has over 3 million views on YouTube.

Watch his Tuwing Umuulan at Kapiling Ka performance in this Youtube Video:

His Idol Philippines audition video has now over 9 million views on YouTube. 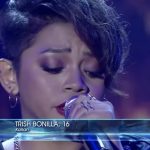 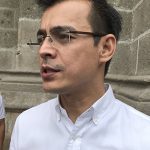