The Idol hopefuls of “Search for the Idol Philippines” are making waves in the international scene as they earn praises from various foreign singers and YouTube reactors for their impressive audition performances.

Despite his audition only aired last Sunday (May 12), Lance Busa already caught the attention of the American singing legend Anita Baker, who followed him on Twitter and tweeted “Soul music alive and well with our friends in the Philippines.” Another American singer Brian McKnight also became Lance’s instant fan as the RnB star followed him on Instagram.

Lance’s audition piece also earned approval from “American Idol” season 7 alumnus David Hernandez, who commented on one of his online posts, and was reposted by the foreign Instagram account @theyhavetherange.

theyhavetherange Whew!!!! He sang the hell out this song!!!! Now y’all know I LOVE rasp and he has the perfect amount!! What I do love about this video is that he is jamming and enjoying every min of it! He knows he sings down!!! Yes Lawd!! #theyhavetherange update: singer is @misterlance_

Meanwhile, several reaction videos of YouTube reactors showing how they were impressed by the Idol hopefuls’ audition performances also surfaced online, with some of the even earning hundred thousands of views.

Juancho Gabriel’s performance of the song “Your Man” left the reactor from the Music Games News channel, which has 475,000 subscribers, in awe and commented that “it was surprising and it was different” as he praised Juancho’s unique baritone voice.

“She has so much emotion and she was singing from her heart,” said the reactor from the Brothers channel, which has 442,000 subscribers, as he felt the emotional performance of Angie Kristine who sang “Jar of Hearts.”

Partners Yani and Fabio, who has 136,000 subscribers, were thrilled with Matty Juniosa’s rendition of “Natural Woman” as they admired his “technique” and “sass” while performing.

Another set of Idol hopefuls will try to impress and touch viewers’ hearts this weekend. Who among them will get the chance to step on the Idol City?

Tune in to the idol hopefuls’ journey on “Search for the Idol Philippines” on ABS-CBN. 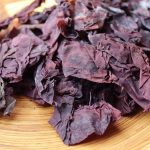 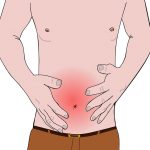