The much-awaited trailer showed the younger life of Narda, her training from the first Darna who also happens to be her mother. Played by Iza Calzado, Leonor is Jane de Leon’s mother who helped her as she transforms into an iconic Pinay superhero.

Just like the previous Darna TV Series, the story revolves around a girl named Narda but in this version, Narda does not chance upon the magical stone that gives her superpowers but inherits it from her mother, portrayed by Calzado.

The official trailer of Mars Ravelo’s Darna: The TV Series was uploaded on YouTube on Thursday evening July 7, 2022. The trailer provides a glimpse of how Jane de Leon portrayed the role of Darna – the Philippines’ most iconic Filipina Superhero.

Where can we watch Darna TV Series?

The production began in November 2021 and is due to premiere on ABS-CBN Entertainment‘s channel and streaming site iWantTFC in August this year.

About Darna: The TV Series

In 2014, it was announced that the Darna role will be portrayed by Angel Locsin and will be directed by Erik Matti. Due to health concerns, Angel Locsin was not able to continue the shoot and the role was then transferred to Liza Soberano.

Liza Soberano also backed out of the project eventually and the role was finally given to Jane de Leon after a series of auditions.

The TV Series will be aired starting in August 2022. It was directed by Master Director Chito S. Roño and other directors Avel Sunpongco and Benedict Mique under the JRB Creative Production unit of ABS-CBN Entertainment.

The “Darna” trailer on YouTube has over 1.1M views as of press time.

Read: This Women’s Month, Angel Locsin and other personalities call on fellow women to share their voices in Pink Lipstick campaign 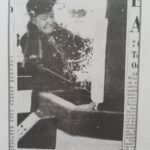 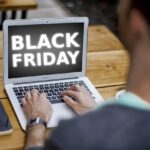