Fans in the Philippines can now have a chance to go to Indonesia and watch the world’s biggest multiplayer online battle arena (MOBA) tournament. MPL Philippines officially launched its “Lipad Tungo sa Tagumpay” online contest to provide a lucky fan with an all-expense paid flight and hotel accommodation in Jakarta for the upcoming M4 World Championship from 14-16 January 2023.

Starting 26 November 2022, fans can submit creative video entries stating their message of support to the Philippines’ M4 representatives. To officially submit an entry, fans are required to follow the mechanics listed below:

The videos should relate to and mention the PH team battlecry “Pinas Lang Malakas” which aims to ignite the players’ strength, pride, and honor to once again bring the championship title back to the Philippines.

Fans should meet all of the following criteria to qualify for the contest:

The qualifying entry with the most reactions will be declared the winner. Meanwhile, 10 lucky winners will be randomly chosen from the selection to be awarded Mobile Legends: Bang Bang in-game diamonds (up to 4,000). Another set of 10 random winners will be awarded an official M4-branded shirt from the official peripheral partner GANK. The deadline for submission is until 10 December 2022 only.

Read: It’s Almost Time to Start Your Journey in the Newest Chapters of the Pokémon Series: Pokémon Scarlet and Pokémon Violet! Set Off to a Yet-Unseen World of Adventure! 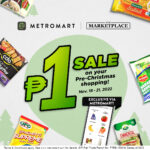 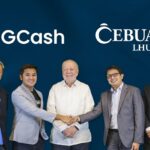