One of the movies that have defined science fiction and action for the longest time is The Matrix. From its complex philosophy, world building, and the lore behind the movie, it expanded into a trilogy, comic books, and video games.

The story initially revolved around Neo, played by Keanu Reeves, who was said to be the key in saving mankind from the oppresive Machines in the distant future. Humans has lost their war against the Machines and their bodies are manufactured and used as a power source, with the human mind being stuck in a simulated world known as The Matrix. The movies went from Neo being able to discover his powers within The Matrix up to the finale where he was able to fulfill the said prophecy and save humankind.

Back in August, it was announced that a new movie for The Matrix franchise is finally being developed, with Lana Wachowski as writer and director, and actors Keanu Reeves and Carrie-Ann Moss joining in to reprise their original roles of Neo and Trinity.

From an article in Variety, Wachowski has met with different actors and from it, Yahya Abdul-Mateen II was announced to have a lead role in the movie.

Yahya Abdul-Mateen II became more known after having the role of Black Manta from the Aquaman movie, and one of his latest roles was being part of Black Mirror‘s season 5 episode, Striking Vipers.

Further rumors are spreading wherein it was said that Abdul-Mateen will be portraying a young Morpheus in the movie (which was originally played by Laurence Fishburne), but there has been no clear info on what his role really is.

Production for Matrix 4 will start on February 2020. 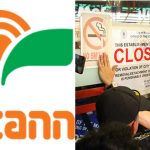 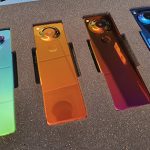