Over the years, cellular phone designs have changed, depending on its manufacturer, but they all have a similar trait nowadays: A large screen area, a camera at the front and back, and most of the time, they are wide and long. Some manufacturers kept the traditional smartphone shape over the years and has only concentrated on tech that can allow one to show as much screen space as possible.

Essential Products, led by its CEO Andy Rubin, has previously launched their own phone, called the Essential Phone. During its launch, the phone was well-received, with reviewers and users complaining of the subpar camera function and its lack of a headphone jack. On December 2018, the company discontinued its production.

On October 9, Andy Rubin, in his Twitter account, has revealed a new phone that they are developing. Dubbed “Project GEM,” his Tweet initially showed what was called the “Colorshift material” that made up its case. The video showed that the phone’s casing changed color depending on how the camera was looking at it.

The Colorshift material was not the only thing different with Project GEM. The phone itself is described to resemble a TV remote instead of a phone, and that Essential says it will rely mostly on voice control. The back of the phone has a camera with its lens mounted on a bump and a fingerprint sensor just below it.

Another picture from Andy Rubin’s Twitter account shows that it has a different user interface and the phone has a map open in it.

Smartphones have become a necessity nowadays but most phone only deliver the same function, just on different brands. Let’s see if Essential Products can shake things up with the smartphone environment. 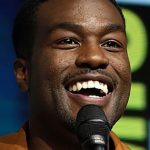