It’s confirmed, Aiko Melendez will soon appear in GMA 7 again after 9 years of being a Kapamilya actress.

In a report published by Manila Standard, Aiko shared that she issued an apology to ABS-CBN for declining a role in the upcoming series Sandugo because she was committed to helping her partner Subic Mayor Jay Khonghun on his election campaign. The former Subic Mayor eventually won as Zambales vice governor.

After declining the role, Aiko’s role in Sandugo teleserye was offered to Vina Morales.

Aiko was discovered in the late 1980s. She became part of Monday Group of That’s Entertainment TV Program – a variety show broadcast by GMA Network which was hosted by German Moreno and Ike Lozada. She later signed a contract with Regal Films, becoming one of their ‘Regal Babies’.

In 2001, Aiko entered politics and became a barangay councilor in Quezon City. She then became Councillor of the 2nd District of Quezon City and remained in office for 9 years until 2010.

She did several shows on GMA Network but most often appeared on ABS-CBN. In 2011, Aiko returned to ABS-CBN for an episode of Maalaala Mo Kaya and Reputasyon with Cristine Reyes and Rayver Cruz. In 2013, she was part of the TV series Apoy Sa Dagat costarring Angelica Panganiban, Piolo Pascual and Diether Ocampo. In 2015, Melendez played the role of Fionna Vargas in Inday Bote – a Philippine fantasy comedy-drama television series based on the local comic book of the same title created by Pablo S. Gomez. 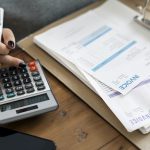 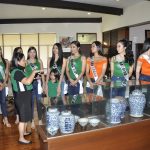