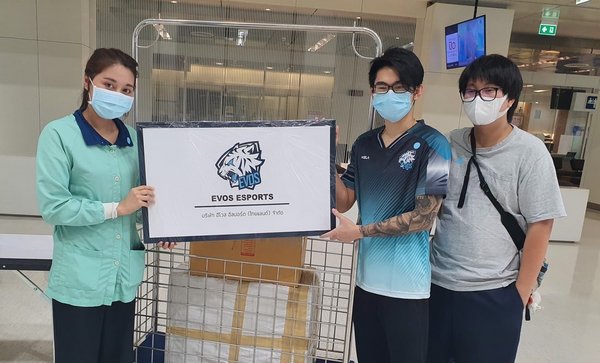 In Indonesia, EVOS Esports organized charity showmatches between their Indonesia and Singapore Mobile Legends: Bang Bang teams; successfully raising close to 100 Million Rupiah which was donated to various charities that are at the front line of the battle with COVID-19.

Over 50,000 masks and surgical gloves were donated to hospitals in Indonesia and Thailand.

Ivan Yeo, co-founder and CEO of EVOS Esports said: "EVOS Esports is committed to supporting the less fortunate during these tough times. Many frontliners are risking their lives to perform their duties while we stay safe at home. We have taken steps to do the little that we can to impact lives positively, and are truly humbled and thankful to the esports and gaming community for their continuous support in our charity initiatives."

In Singapore, EVOS Esports’ Mobile Legends: Bang Bang team supported the Play Apart Together SG campaign via showmatches together with other esports organisations, streamers and influencers; organized by Zenway Productions in partnership with the Community Chest Singapore; whereby a total of SGD6,340 was raised and the net proceeds will be donated to the Home Nursing Foundation, Humanitarian Organization for Migration Economics, and Community Chest to support the frontline and migrant workers in Singapore.

In Vietnam, EVOS Esports’ League of Legends team together with EVOS Esports professional esports athlete Zeros teamed up with streamers from Box Gaming and supported a local youth village in their "Little Angels" fundraising campaign.

In Malaysia, EVOS Esports’ PUBG Mobile team together with EVOS Esports professional esports athlete Yakuza played online matches with livestreams, encouraging the esports community to support the ‘Give With Ikhlas’ charity initiative; which has raised over RM 1 Million to-date. It is a public digital donation initiative driven by Ikhlas.com, with the cooperation of the Yayasan Amanah Assofwah Almalikiyyah, where the funds will be used to help the community in need and the frontliners. Among the communities to receive the donation include underprivileged families, refugees and non-profit organisations that run soup kitchens and orphanages.

Back in November 2019, EVOS Esports raised a total of US$4.4M in Series A investment in preparation to seize the market of gaming influencer management in Southeast Asia.

EVOS Esports closed US$3M in Series A funding earlier in 2019 with Insignia Ventures Partners. Subsequently, EVOS Esports raised an additional US$1.4M to its Series A, from a group of angel investors from Indonesian conglomerates; and the top-level management of a leading eCommerce player in China.

EVOS Esports currently manages 50 gaming influencers exclusively and partners with 300 esports talents, with a total following of over 65 million YouTube subscribers and 50 million Instagram followers, with over 350 million views per month across Southeast Asia.

For the latest EVOS Esports news and activities, please follow us on: 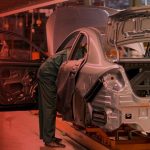 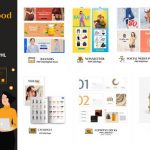