Alexandra Eala (nicknamed “Alex”), a 17-year-old junior tennis player from the Philippines, set a new record. She made her ITF Women’s Circuit debut on March 4, 2020, as a junior in Monastir’s $15K event, where she won her first professional match.

Eala had already won two Grand Slam junior doubles championships at Roland Garros in 2021 and the 2020 Australian Open with Priska Nugroho. Ella’s best junior singles performance to that point, though, was a semifinal appearance at Roland Garros 2020, where she lost to the eventual champion Elsa Jacquemot.

Eala reached her first ITF doubles final, with Oksana Selekhmeteva, in the $25k Platja d’Aro in Spain. Nonetheless, they were defeated 3-6, 5-7 in the final by Justina Mikulskyte of Lithuania and Oana Georgeta Simion of Romania.

Moreover, as of October 6, 2020, Eala was the ITF junior with the No. 2 ranking. Following her victory at the ITF W15 Manacor’s opening leg in Spain in January 2021, she leaped up to the top 1000 in the WTA rankings. Eala achieved a career-high singles ranking of 280 by the Women’s Tennis Association (WTA) on August 1, 2022.

On her latest tournament:

The US Open website notes that Eala has faced highly ranked competitors since the third round, including the eighth-seeded Taylah Preston of Australia, the 14th-seeded Mirra Andreeva in the quarterfinals, and the ninth-seeded Victoria Mboko of Canada in the semifinals. However, Eala easily defeated each of her opponents in straight sets, defeating Mboko in a rousing tiebreak, before going up against the No. 2 seed, Lucie Havlickova of the Czech Republic, in the championship match.

Alex won the title after defeating Lucie Havlickova of the Czech Republic in the final. By defeating the higher seed, 6-2, 6-4, the No. 10 seed became the first Filipina to win a junior Grand Slam title.

In addition, Eala has surpassed Maricris Gentz, who peaked at world No. 284 on October 18, 1999, as the highest-ranked Filipino female singles player in WTA history. 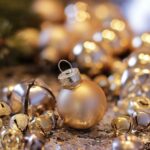