DUBAI, United Arab Emirates — The Star Cinema movie “Hello, Love, Goodbye” set records in the Middle East on its first week of screening in the region.

The film produced by ABS-CBN Films, which stars Kathryn Bernardo and Alden Richards, is now considered the highest-grossing Filipino film in the Middle East with a total gross of more than one million dollars as of August 18. While as of August 16 it has reached more than 600-million pesos gross in the Philippines and more than 2-million dollars gross worldwide.

Adding to that, “Hello, Love, Goodbye” is the first-ever Filipino-produced film that screens in Jeddah and Dammam in Saudi Arabia. The excitement for the film was undeniable, that the region has recorded six SOLD OUT special premiere screenings which happened last August 9 and 10 at the Reel Cinemas in The Dubai Mall and Al Ghurair Mall, in Dubai; and Oscar Cinemas in Al Wahda Mall, Abu Dhabi.

It is also the first Filipino film that will be screened in the prestigious Dubai Opera in Dubai on August 25, which can accommodate 2,000 people.

“We at ABS-CBN TFC are grateful, first, to the government of the Kingdom of Saudi Arabia for their support as we make possible for our fellow Filipinos in the Kingdom to enjoy watching in cinemas a Filipino-produced film,” said ABS-CBN Europe, Middle East, and Africa (EMEA) Managing Director Joseph Arnie Garcia.

Garcia further adds: “We are also overwhelmed with the warm reception of the Filipinos and non-Filipinos alike to the film ‘Hello, Love, Goodbye’, inspiring every one of us to bring more content, movies, events, and public service that is of value to the community.”

Cannot get enough of the story of Joy and Ethan? Then be among those who have already seen the movie several times with their family and friends, but still get that different tug-at-the-heartstrings experience.

Relive the story of Joy and Ethan in the ABS-CBN Films Star Cinema movie “Hello, Love, Goodbye” with extended screenings in the Middle East. 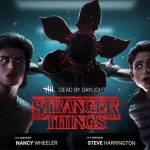 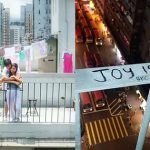