In its opening weekend, “John Wick: Chapter 3 — Parabellum” has earned $57 million, according to Studios.

Based on the record, this third installment of the well-renowned Keanu Reeves’ franchise has actually doubled the second film’s opening.

What this means is that this hyperviolent franchise is gaining a lot of traction from film viewers and earning more and more fans across the globe.

Joe Drake, Lionsgate Motion Picture Group’s chairman, said in a statement that this is the series’ best-reviewed film thus far.

“We believe word-of-mouth will continue to drive strong business for the film all over the world,” he further said.

It is also deemed an international success as it notched $35.2 million from 66 territories.

Movie experts believe that the perfect release schedule of the film could be one of the reasons why it knocked off Endgame on the top spot. John Wick 3 opened four weeks into the Endgame run.

The series’ first film premiered back in 2014. Domestically, the first offering of the series notched $43 million way back 2014. The series’ Chapter 2, however, gained $30.4 million on its opening. During the time, it was on the third place behind the hit “The Lego Batman Movie” and “Fifty Shades Darker” which dominated the first and second spots, respectively.

In related news, Endgame has already gotten another milestone — it now has a $771 million domestic total. It is now deemed the second-best grosser all-time in the US. It defeated “Avatar.”

So, have you tried watching John Wick 3? Would you recommend this film to your family and friends? What are your thoughts on the series’ third installment? Would you watch it again? Sound off. 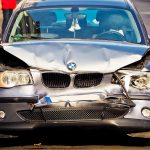 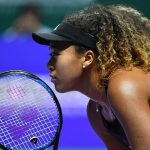