At first, people in El Nido went into a frenzy thinking one of the biggest Hollywood stars was in their town, only to turn out be the celebrity’s look-alike.

The photos shared on social media (Twitter, Instagram, and Facebook), showed lady sitting among the locals and unidentified foreigner. In the images, the celebrity look-alike was wearing a black baseball cap and a white bikini.

The owner of the restaurant from which the photos were taken posted on Instagram saying that the lady claimed to be Cameron Diaz when she was eating at her Backyard BBQ restaurant. She said:

“I can’t believe our post last week about Cameron (??!!) eating at my restaurant went viral,” Tiu, the owner of the restaurant wrote on her Facebook post.

“She claimed that she was the real Cameron Diaz… others have affirmed that is really her while some said she’s fake and just a lookalike. Whomever she may be, I’m just glad that she’s enjoying the Philippines and loving my BBQ.” She continued.

In another twist of events, the locals had also earlier thought that they have seen actor Bradley Cooper. It is claimed that the male tourist had a striking resemblance to the American actor, however, the news of Bradley Cooper lookalike didn’t gain plenty of attention as the fake Cameron Diaz.

The story about Cameron Diaz in El Nido spread like a wildfire and even got picked by leading news outlets in the Philippines including ABS-CBN News, and the Philippine Star. The news has since been pulled down nevertheless.

The fake news about Cameron Diaz, however, doesn’t take anything away from the fact that Palawan is one of the top-ranked beaches in the world.

In 2018, lifestyle magazine Conde Nast Traveler named Palawan top three best islands in Asia, while back in 2017; the same magazine had declared the island the third-best in the world behind Boracay and Visayan Islands. 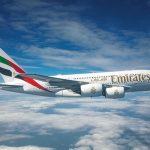 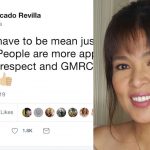